Congratulations to Prof Rury Holman has been selected as the recipient of the 2018 Outstanding Achievement in Clinical Diabetes Research Award by the American Diabetes Association. 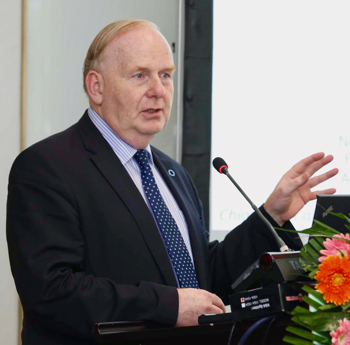 This award recognizes exceptional contributions in patient-oriented or clinical outcomes research that have had a significant impact on diabetes prevention and treatment.

Rury has delivered landmark clinical outcome trials for more than four decades and is considered an exemplary clinical scientist and global leader in the field of diabetes.

“I would like to congratulate Prof Holman and humbly thank him for his remarkable research contributions, which have shaped the way we approach diabetes care and informed evidence-based strategies to prevent and treat diabetes,” said the ADA’s 2018 President of Medicine and Science Jane E.B. Reusch, MD. “Prof Holman’s work has led to crucial advancements in diabetes treatment and touched millions of lives in the process.”

With more than 300 publications and more than 55,000 citations, Rury has been recognized as one of the top 400 biomedical researchers and one of the world’s most influential scientific minds. His major accomplishments include: