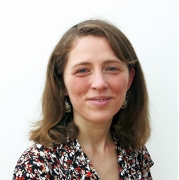 I’ve always struggled to find my place in the arts/science divide, so ended up studying for an undergraduate degree in Human Sciences (a wonderful mixture of the two) at St John’s College, Oxford.

After those three years I had no real idea what I wanted to do career-wise, but knew I had particularly enjoyed the genetics elements of Human Sciences. I ended up working as a lab tech at the Oxford Centre for Diabetes, Endocrinology and Metabolism (OCDEM) for almost a year before starting a DPhil at OCDEM and St Hilda’s College.

My DPhil was titled “The Molecular Mechanisms of Type 2 Diabetes Susceptibility”. It was focussed on genetic and functional follow-up from genome-wide association scan hits – primarily wet-lab work but with a little analysis thrown in. I was fortunate enough to be able to publish one of my chapters and to work in a range of international consortia.

I very much enjoyed my DPhil and applying for post-docs would in many ways have been the simple option, but I knew that academic research was not for me in the long run. Towards the end of my write-up (to help plug the funding gap…) I took a job as a freelance medical writer with a company based close to Oxford and seriously considered this as a career option. I eventually decided that wasn’t what I wanted to do either (I’m very picky!) but continue to support myself with medical writing whilst I considered/applied for other things.

I realised mostly by chance (chats in pubs and constant perusal of jobs.ac.uk) that there was a thing called “Science Policy” – thinking about whether, why and how research is funded. It seemed to fit the bill of keeping my toe in research and putting my DPhil to good use, but giving me the opportunity to work outside the lab and think about broader questions.

After a few applications, I started working at the Biotechnology and Biological Sciences Research Council (BBSRC) in Swindon – i.e. I became a civil servant in a “quango”. BBSRC invests about £500M of public money in research per year, and I was involved in deciding the strategy for how that money should be spent. Five years on I am a Senior Policy Manager at Research Councils UK (RCUK), working on issues which affect all research disciplines. Much of my work involves interaction with Parliament and Central Government – and is currently (later 2016) significantly focused on the implications of Brexit for research.

If you are not sure what you want to do, I would encourage everyone to be open and explore a range of options – talk to people and be open to serendipity. Don’t think that the decision you make now has to set your course for the rest of your career. Deciding that you want to move to something else is not a bad thing. In fact, the most interesting and successful people tend to have a diverse portfolio of career experience.

During your DPhil, think about anything and everything you can do to demonstrate that you have interests and skills outside the lab – this could be “in-work” (science writing, pubic engagement etc.) or something entirely different.