Latest news from the Rehwinkel lab

Rachel's paper is published in scientific reports - May 2019

Congratulations to post-doctoral researcher Rachel Rigby for her paper in Scientific Reports, which demonstrates that the influenza A virus protein PA-X antagonises MAVS-dependent accumulation of early type I interferon mRNAs during infection. 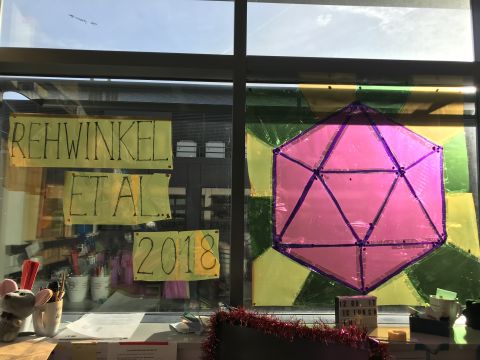 This year, our lab won first prize in the annual WIMM Xmas decorations competition. Our decorations were very abundant and featured a starry ‘Labtivity’ scene depicting the three wise men visiting a baby Jesus swaddled in aluminium foil as well as an icosahedral virus in the form of a stained glass window. Click here to see more. 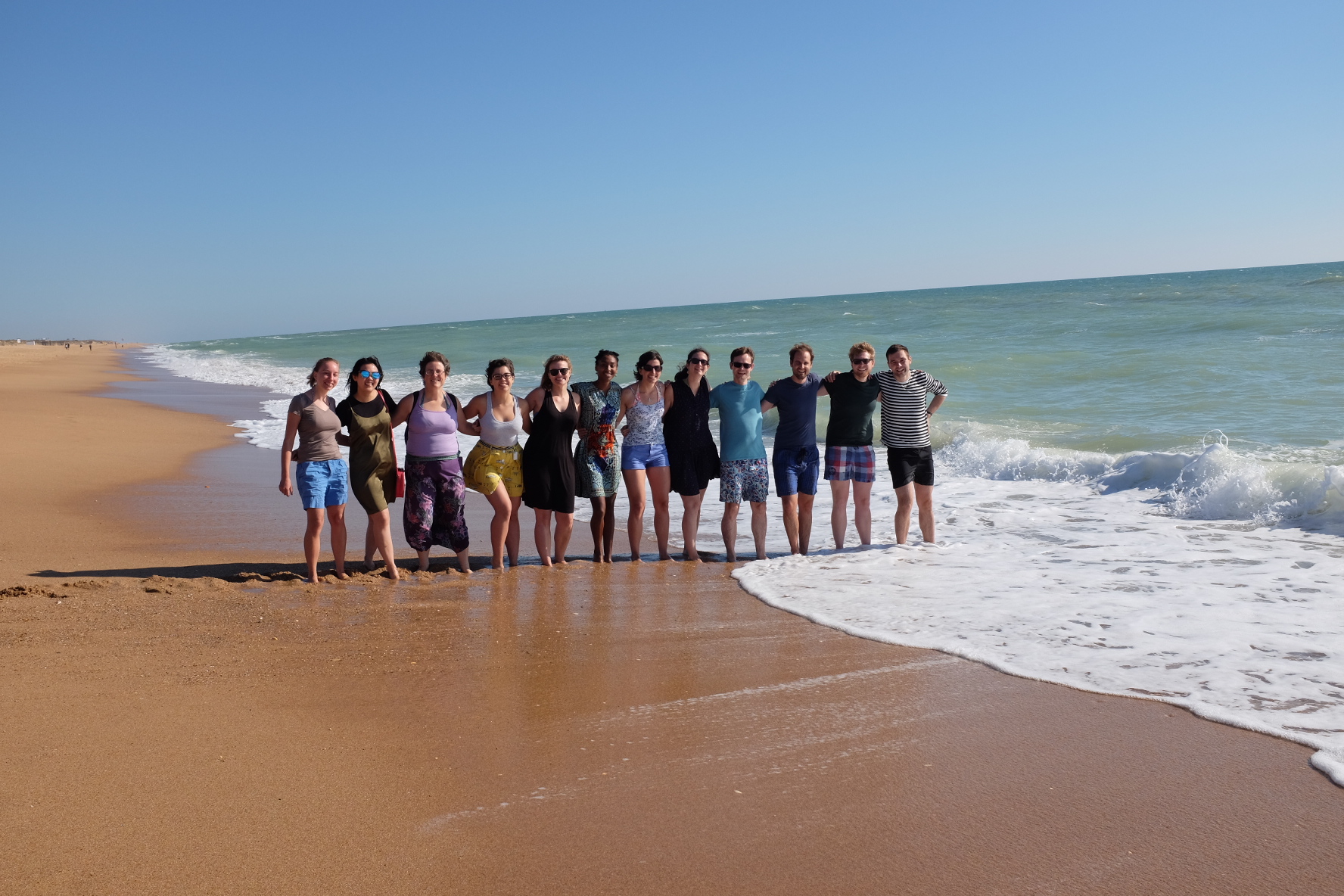 Congratulations to DPhil student Tamara Davenne who passed her viva!

DPhil student Layal Liverpool and post-doctoral researcher Mirjam Schilling participated in a Facebook LIVE interview with Oxford Sparks. Layal and Mirjam spoke about viruses, how cells can detect them and how this can be studied in the laboratory. They also answered live questions submitted by the audience via Facebook. 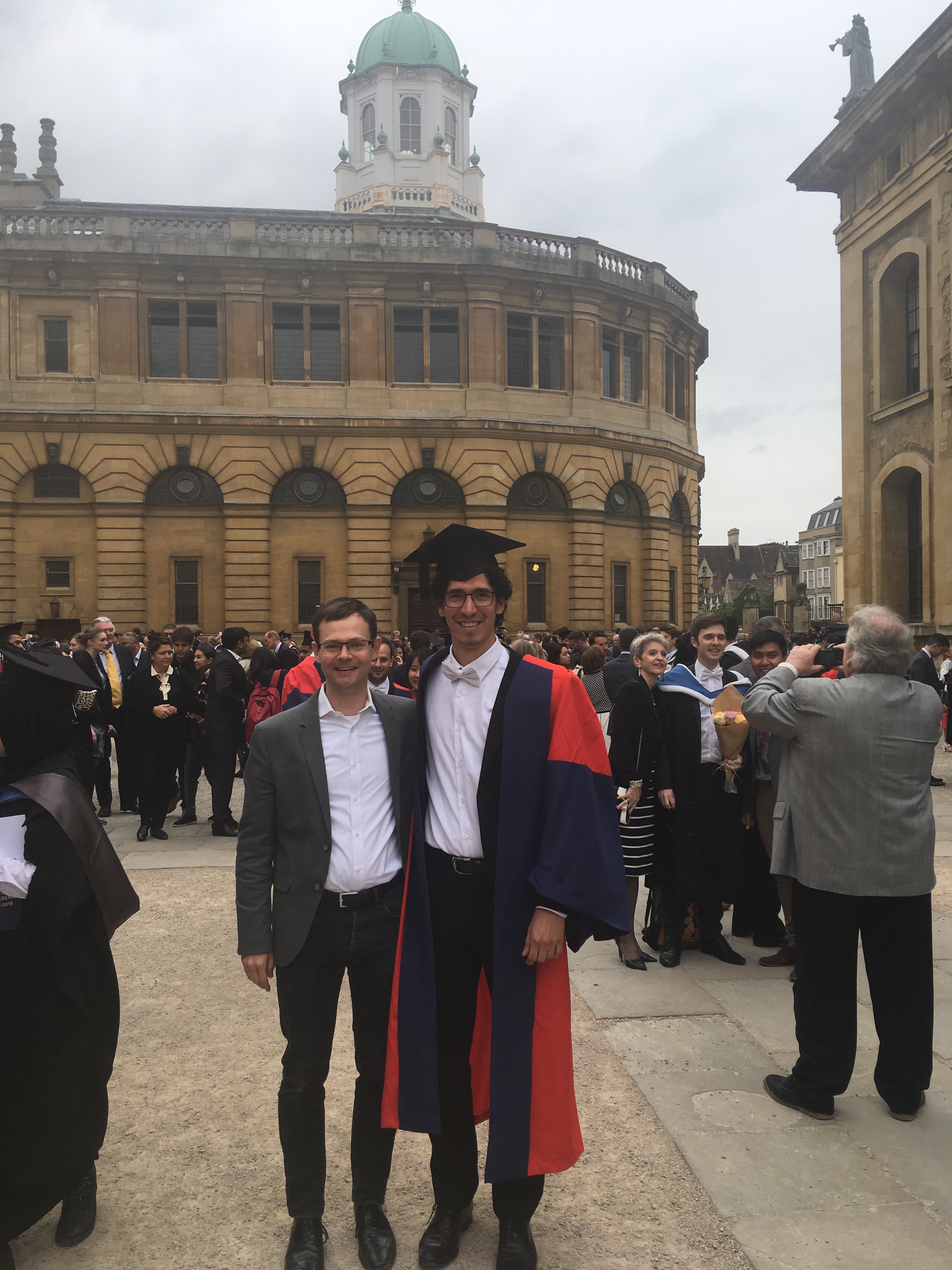 Jonny and gregorio's paper is published in eji - MARCH 2018

rehwinkel lab does team experiment: "a day in the life of a dna editor" - january 2018

Follow a day in the life of the Rehwinkel lab, as we join forces to do a large genome editing screen, hunting for genes involved in the type I IFN signaling pathway – an important biological cascade involved in regulating our immune system. By using this new technology we hope to better understand how our bodies respond to viral infections.

This study was led by post-doctoral researcher Alice Mayer and the video was edited by DPhil student Tamara Davenne. 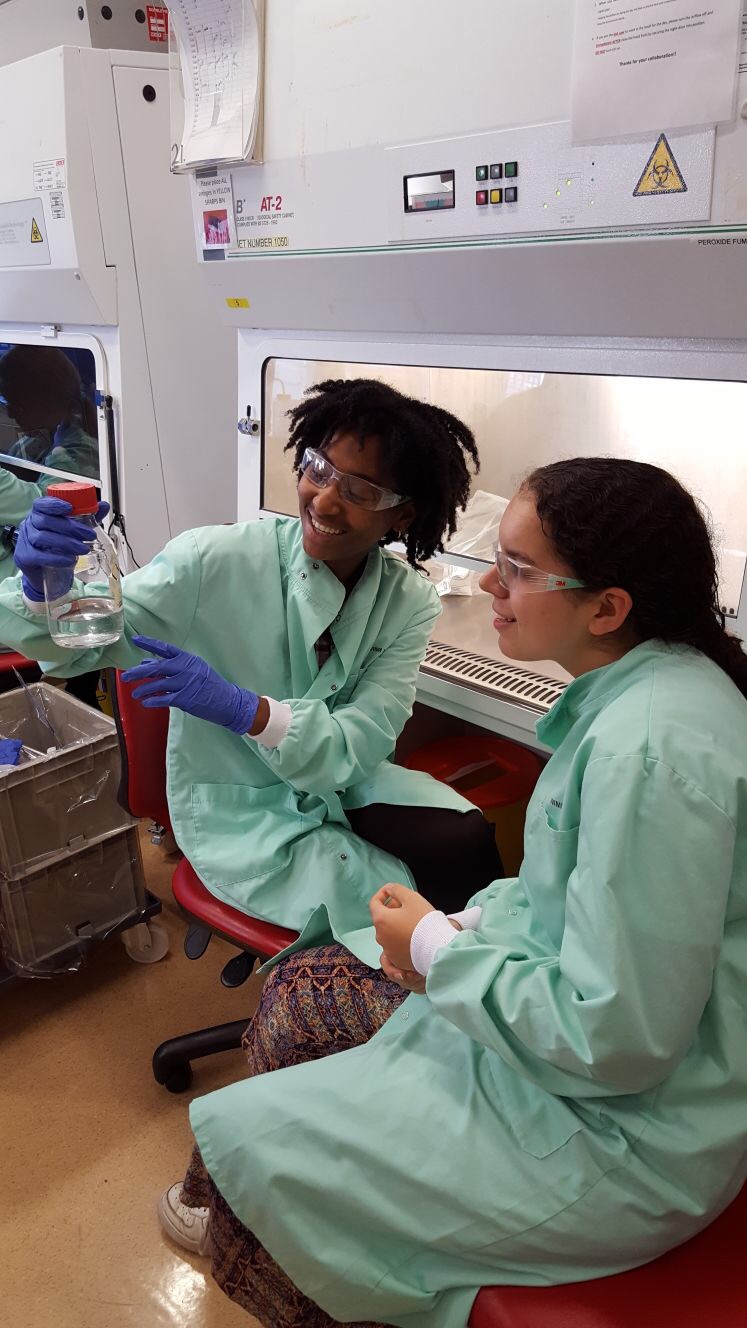 As part of her work experience, Serena (Year 12) shadowed DPhil student Layal Liverpool for a day in the lab. Serena is interested in studying Biomedical Science or Medicine at university. 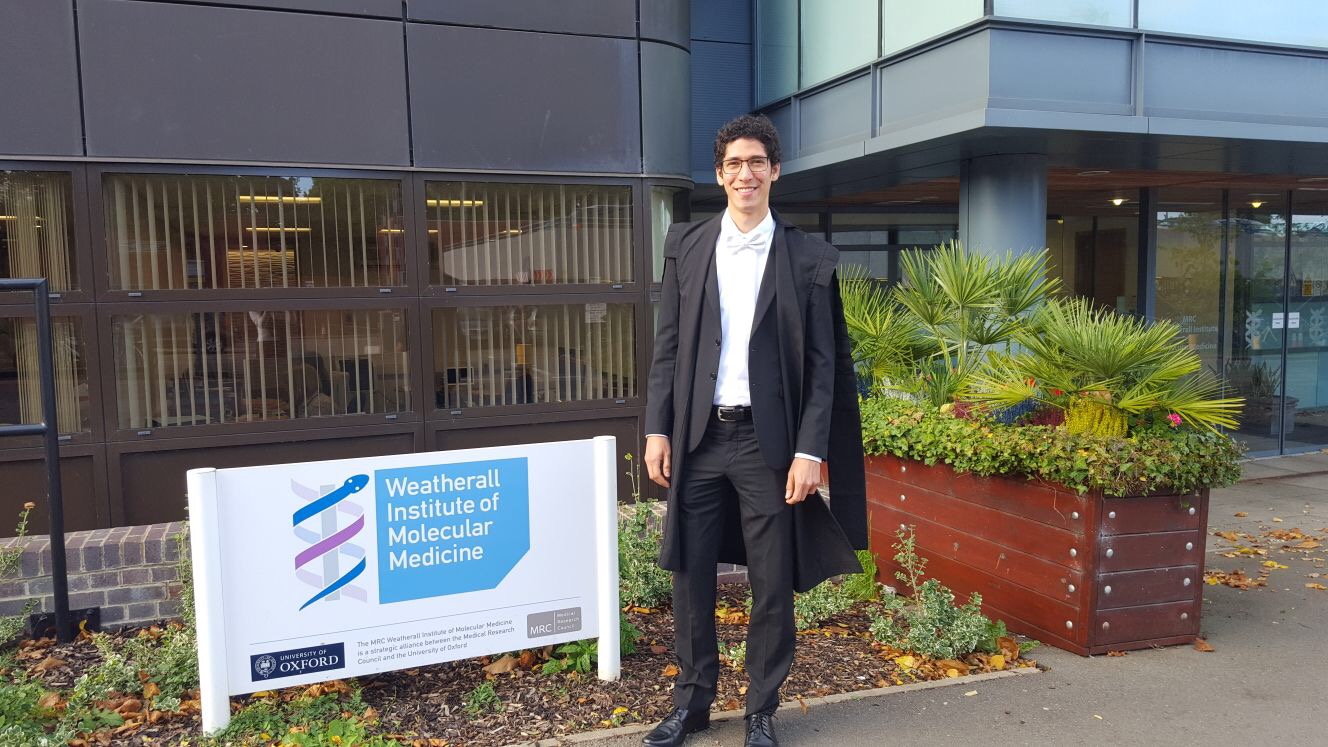 Well done to DPhil student Jonny Hertzog who received the HIU day poster prize for his poster entitled  "Defence and Counter-Defence: The interplay between Zika virus and innate immunity".

Congratulations to post-doctoral researcher Alice Mayer for her paper published in Methods in Molecular Biology entitled "Purification of Cyclic GMP-AMP from Viruses and Measurement of Its Activity in Cell Culture". 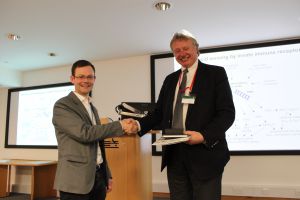 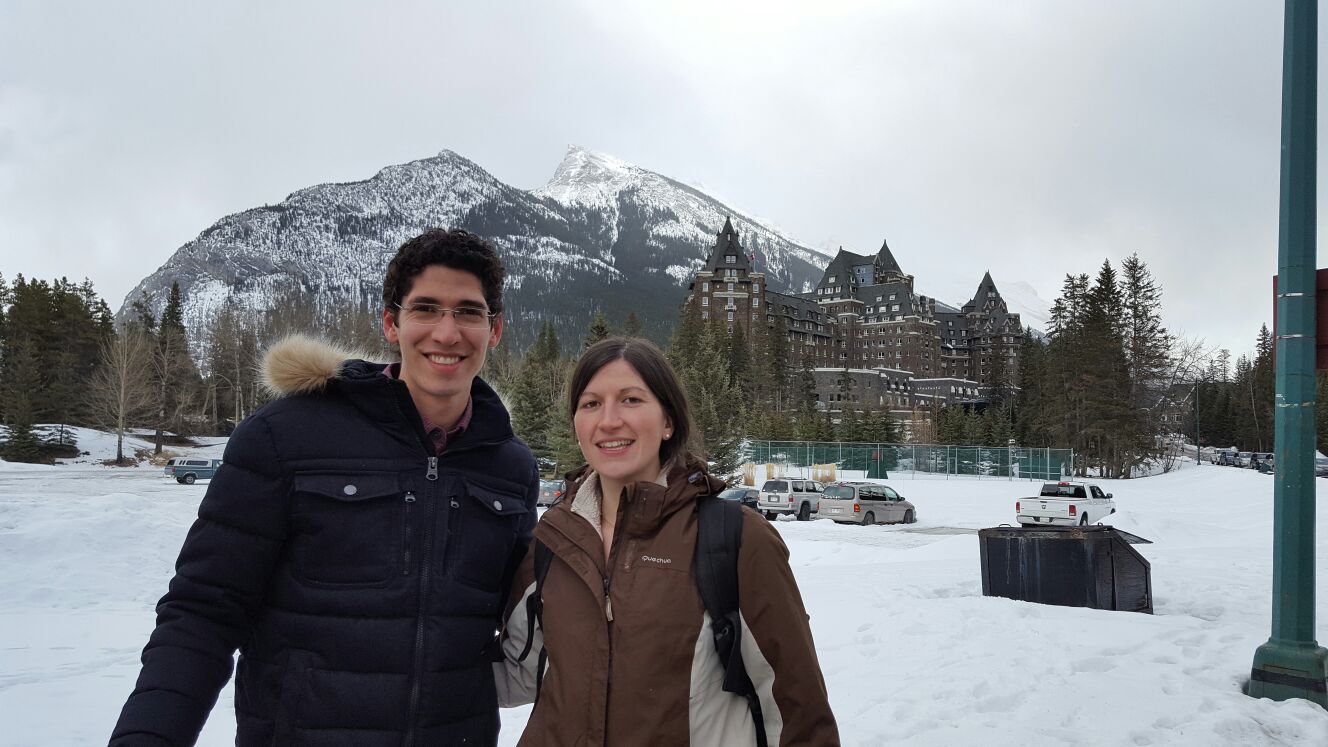 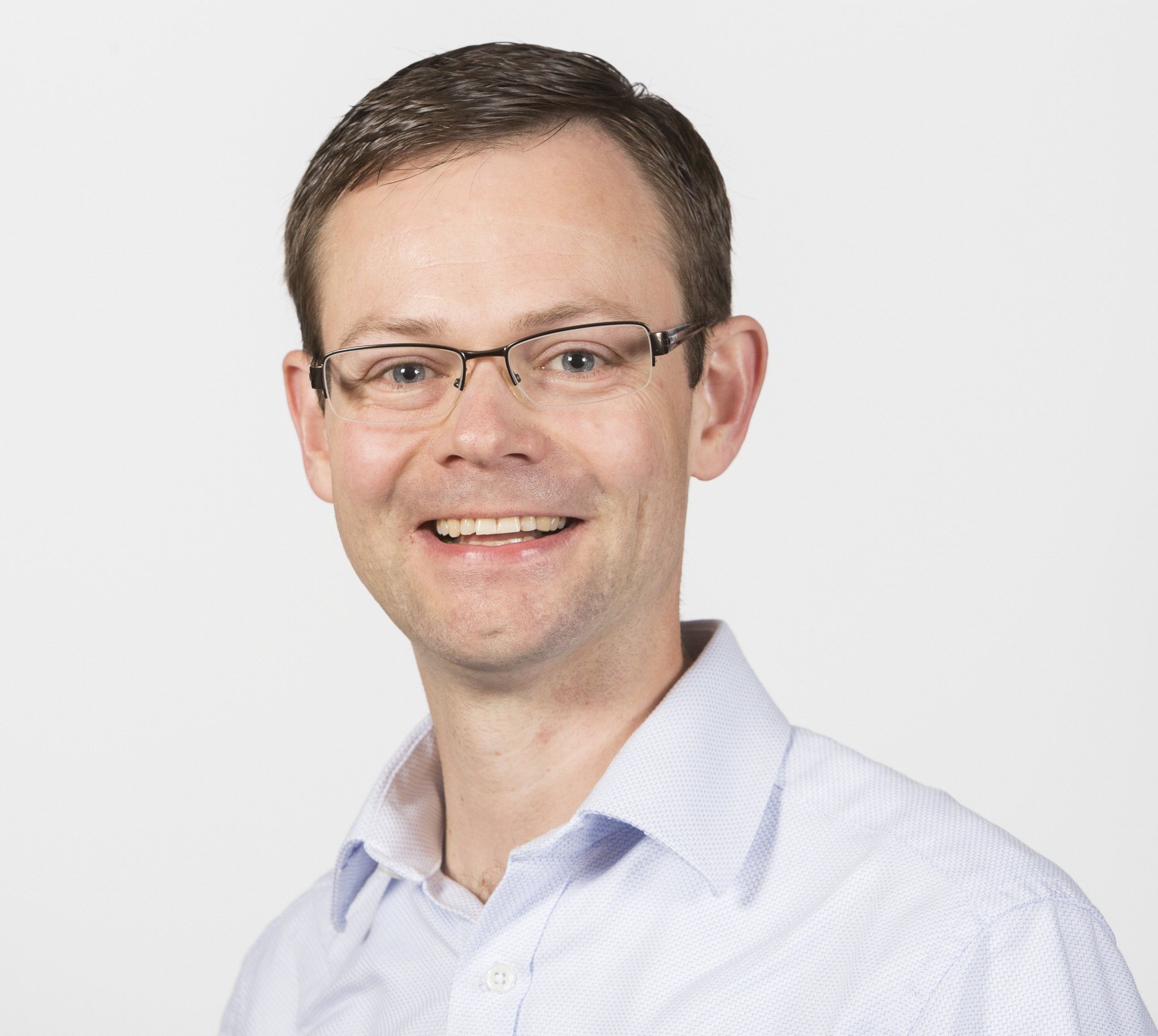 Congratulations to research assistant Anne Bridgeman for her paper published in Science entitled "Viruses transfer the antiviral second messenger cGAMP between cells". Read more about this discovery of the immune system's Trojan horse.